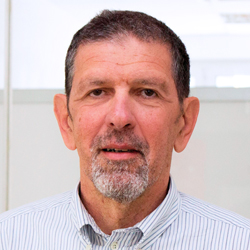 Fuel cells, as an efficient conversion technology, and hydrogen, as a clean energy carrier, have great potential to contribute to addressing the energy, environmental and economic challenges that are facing the world. Hydrogen fuel cells allow renewable energy technology to be applied to transport as well as facilitate distributed power generation, while helping to cope with the variable power and intermittent nature of renewable energy sources.

Efforts are underway to transform the transport and energy systems. In the transport sector, fuel cell and hydrogen (FCH) technologies are most advanced in propulsion of fuel cell electric vehicles (FCEVs), most notably passenger vehicles and buses. Significant progress has been made in recent years to address technical issues such as start-up, driving range and refuelling times -reliability of 98% has been achieved.  FCEVs are now on the verge of market introduction, however costs must be reduced, lifetimes increased and of course the hydrogen infrastructure, i.e., setting up the network of hydrogen refuelling stations has yet to be established.

In the energy sector, FCH technologies are used in a wide range of applications and show great promise in the integration of intermittent renewable energy sources into the overall energy system. However, the key technologies of electrolysis, large scale storage and the injection of hydrogen into the grid require further development. Hydrogen production from renewable energy sources, such as  solar, wind, biogas and waste streams, is generally at a low level of maturity, so further development and demonstration of the different methods for hydrogen production is still required. Fuel cells for combined heat and power (CHP), power only, stationary industrial, commercial, residential and small applications are relatively mature and, like FCH for transport, are on the verge of commercialisation.