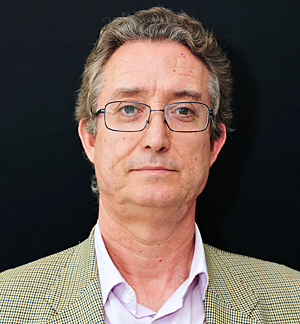 PhD in Chemical Engineering by the University of Valladolid (Spain), Manuel Romero has received the “Farrington Daniels Award” in 2009, created by the International Solar Energy Society (ISES), conferred for his contributions since 1985 to the development of high temperature solar concentrating systems. Guest Professor, in summer 2007 and summer 2014, in the Professorship of Renewable Energy Carriers at ETH Zürich, Switzerland. He has been in 2002-2004 Director of the Plataforma Solar de Almería and the Director of the Renewable Energy Division of CIEMAT in Spain since June 2004 till August 2008. At present he is Deputy Director of the IMDEA Energy Institute and Principal Researcher of its Solar Energy R&D Unit with activities in high-flux modular concentrating solar power technologies and solar fuels and chemicals production. During his career he has participated in 58 collaborative R&D projects in energy research, 20 of them financed by the European Commission. He has been ExCo Member of the Implementing Agreement of the IEA on Solar Heating and Cooling (SHC) and Operating Agent and ExCo Member at the IEA-Solar Power and Chemical Energy Systems (SolarPACES). From 2012-2015 he has been Vice-president of ISES and Chair of the Scientific Committee of the Solar World Congresses SWC2013, SWC2015 and SWC2017. He is member of the Editorial Board of the International Journal of Energy Research (IJER) published by Wiley & Sons since December 2009. From 2007 to 2013 he has been Associate Editor of the ASME Journal of Solar Energy Engineering. He was Associate Editor of the International Journal of Solar Energy of Elsevier since January 2002 till January 2007.
Editor of 6 books related to solar concentrating technologies. Author of 3 chapters in handbooks of solar energy, 75 papers in scientific journals and more than 100 publications in books of proceedings with ISBN and peer review. He is co-inventor of eight patents on solar technologies and applications.

All session by Manuel Romero