Salona is an ancient city that was the capital of Roman province Dalmatia. It was the port of the Illyrian tribe called Delmati, where the Greeks and Romans lived. When Illyricum became a Roman province, Salona became a cultural, commercial, political, and military center. In the 3rd century, a strong Christian community developed in Salona, that had a wide influence. In the 5th and 6th century Barbarian tribes, such as the East Goths, started to gradually take over this part of the Adriatic. The city was later destroyed completely by Avars and Slavs around 614 BC. The surviving population, who managed to escape, took refuge on nearby islands and in the Diocletian’s palace. There began the life of a new city, today’s Split.
Some of the remains of the ancient town of Salona still exist today and can be seen from the road going to Trogir) like Amphitheater, Forum and Thermes which were built in the 1st century.
The bay of Kaštela, surrounded by the seven villages Kaštela, can be seen from the panoramic drive. 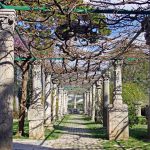 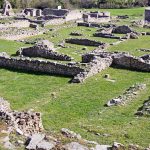 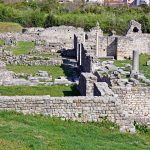 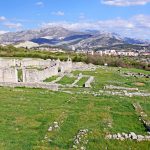 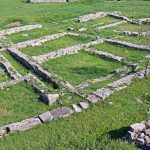 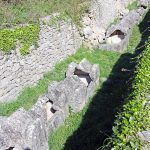 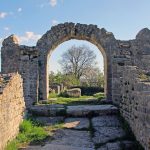 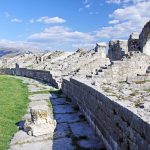 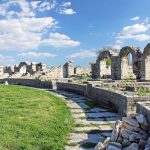 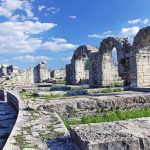 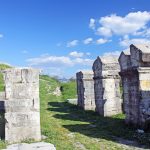 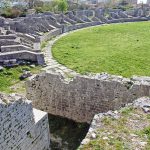 Trogir is a town encased in 15th century walls. It lies on a small natural island connected by two bridges to the mainland and the island Čiovo. Tiny medieval streets wind through the enchanting town revealing hidden restaurants and eye-catching galleries. A pleasing blend of Romanesque and Renaissance architecture. Trogir is a delightful little town that is conveniently located to explore Central Dalmatia. 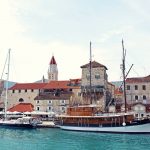 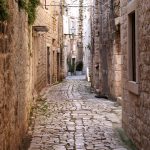 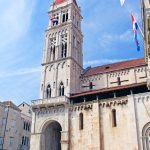 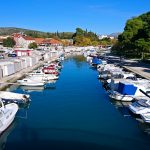 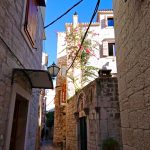 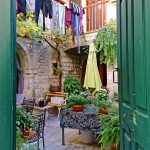 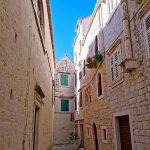 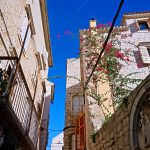 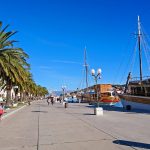 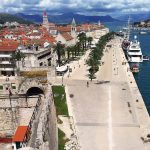 Trogir walking tour includes the visit to the old town, UNESCO world heritage site from 1991. During approx. 2 hours of this tour you will discover the remains of the ancient city walls, city gates, squares, churches, bridges and other hidden corners inside the old town. In this picturesque medieval town you will also see the St. Lawrence Cathedral with the magnificent Radovan’s portal, a masterpiece from the 13th century, the Kamerlengo Fortress with the beautiful view over the bay and the old city, the Tower of St. Marc, Marshal Marmont’s gloriette, the main city square with the church of St.Sebastian and the Loggia & City Hall.